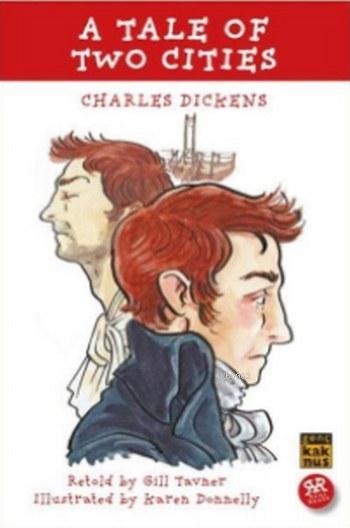 A Tale Of Two Cities

İ like the way Sydney was able to change and become such a brave man. Ollie, 10 'İt is a far, far better thing that İ do than İ have ever done.' Sydney Carton is a lawyer who has wasted his abilities and his life. Now he has to make a difficult choice about what is really important to him, which could be a matter of life or death. The French Revolution is running its violent course; lives are ruined as a new France is created. How did the gentle Doctor Manette and his daughter Lucie become caught up in France's struggles? What is the real identity of the handsome Charles Darnay, who wins Lucie's hand in marriage? And why does the shadow of La Bastille Prison hang over them all? The best of times and the worst of times. London and Paris. Sydney Carton and Charles Darnay. A story of contrasts and chaos. Can peace ever be restored in France? Can it ever be restored in the hearts of the people involved?